This is my 100th post on Hannarchy! You guys, this who journey has been crazy, and I’ve learned so much about myself through this whole process. I just want to thank all those who have supported my during this process and continue to read and support Hannarchy from all over the world! You guys are the best!

Today I want to share with you guys something that is really dear to me. When I was little, my family used to visit a town on the Croatian coastline called Tučepi. We would camp out and ride our bikes all along the beach. One year, my dad and I went exploring and found this place: The Jadran Hotel. 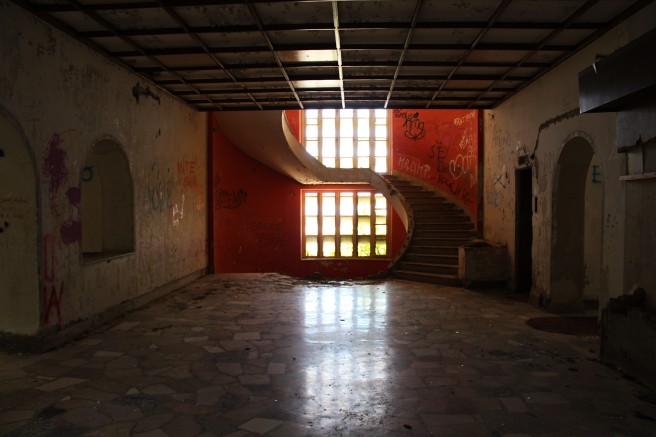 The hotel was first opened in 1948 and was considered one of the best high-end hotels on the coast. It had its own long pebble beach, restaurants, bars, minigolf, and private pier. The hotel was surrounded by palm trees and a beautiful garden with a terrace for tables under the shade of the palms. The hotel was visited by the famous and the well off, and the hotel thrived.

You can still see the marble tiles, the main staircase, the red carpets in the corridors, and the large French windows, and imagine what it must have looked like during the golden years of the hotel. During the Civil War in the 1990s the hotel was turned into a military hospital, and soon after, it was abandoned and left to rust under the shade of the mountains. 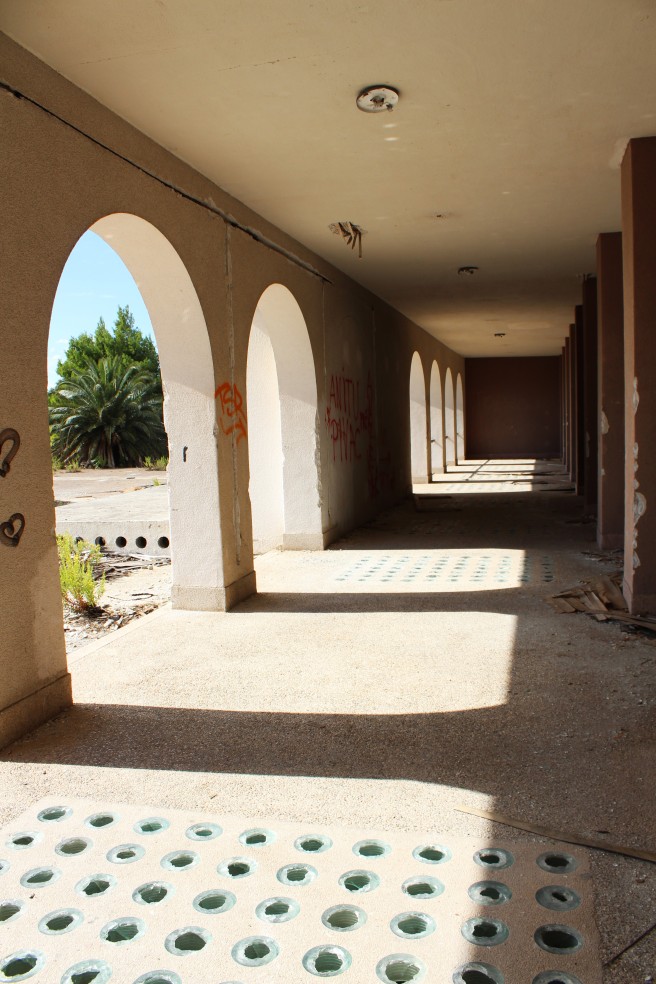 I used to wander through the hotel, dreaming of all the things it could have been and all the things it could be again. My plan was to become rich and famous one day and buy the hotel. I would make it beautiful again with wide bay windows and french doors. It would be like stepping back in time, chic and romantic, a time machine in and of itself. Only the dreamers could come, only those who appreciated the beauty. And me, in a gorgeous evening gown, the mysterious owner who glided down the red carpeted staircase, nodding to the staff and smiling at the guests. A hush would fall when I walked in the room and I would smile knowingly at the magic of it all. 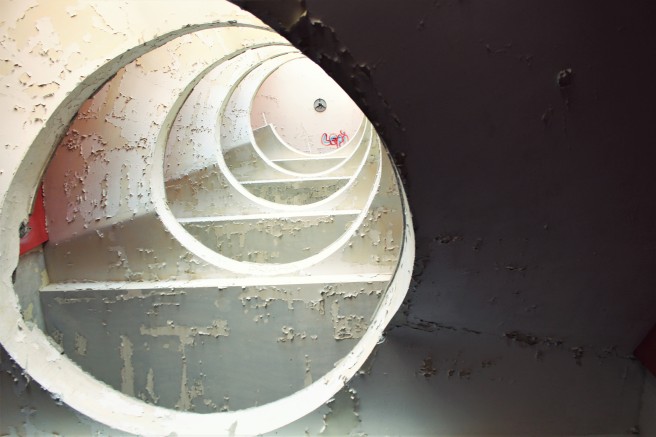 I think maybe abandoned buildings bring out the best in me. The raw skeletal remains of something forgotten, something shoved aside and and passed over by a world that moved too quickly and talked to fast. A place in the world amidst all the chaos where time stopped; the slow decay leaking in through cracks and down staircases. And people forgot and moved on and the building stayed, quietly waiting.

Something I’ve realized lately is how much I miss exploring abandoned buildings. I’ve looked, and there really aren’t any in the Upper Peninsula. I’ve always loved exploring, and looking back on these photos really make me miss it. Seeing these photos also really makes me homesick for Europe and the foods, smells, and culture. One day I’ll go back, I know. But in the meantime, my heart is longing for home.

2 thoughts on “Abandoned Hotel in Croatia”