I think the title says it all, but this past weekend, Chesh and I celebrated our ONE YEAR ANNIVERSARY! Talk about big deal stuff!! We went to Traverse City, MI to re-assert ourselves into civilization, and use up some gift cards we’ve been hoarding for a year.

We had an absolutely amazing time, eating at Olive Garden and Outback Steak House, checking out the mall, Target, Bed, Bath, & Beyond, swimming at the hotel’s pool, and heading to the AMC to see Black Panther and Ready Player One. It was a FANTASTIC weekend. We also spent over 6 hours in the car on the ride to and from Traverse City, and we had some great conversations (interspersed with Broadway songs, sung at the top of our lungs. You haven’t lived until you’ve heard Chesh sing Defying Gravity in falsetto…).

One of the things we talked about was marriage, relationships, and why some work and some don’t. When we first started dating we read tons of books, listened to podcasts, and read blogs about relationships and how to have a healthy one. We wanted our relationship to be long lasting, real, honest, and look at some of the best tools for forming a friendship that would last forever. Coming from a Christian background, we both found that the majority of Christian dating books were pretty bad, skirting important issues and quoting the same verses over and over.

For two people who had been asking questions about Christianity and who had been testing all aspects of their faith, these books didn’t meet standards. If Christians our age were using books like “I Kissed Dating Goodbye” as their base for information on “proper Christian courtship” then it made perfect sense why Christian couples (specifically our friends we saw getting married at Bible college) were failing in their relationships. At a Christian Bible college, we saw it all the time: Couples getting married early and divorcing a year later, couples getting pregnant and trying to cover it up with a hasty marriage so they wouldn’t get kicked out of school, couples getting married just because they didn’t want to have pre-marital sex, so they did it the “right way”….

I’m not an expert. I’ll say that now. And I’m not saying there aren’t some amazing relationships a marriages in people our age who are spiritually-minded. I’ve only been married for a year and I don’t have as much experience under my belt as a lot of other people. BUT I do know what I’ve seen and I do know that it’s incredibly hard to find good resources and good advice for young spiritually-minded couples who want to develop a healthy relationship.

So, Chesh and I are in the process of writing a book. A relationship book that we wished we had had access to while we were dating. A resource that had decent advice like: “Lord have mercy, don’t do devotions together!” and “Don’t strive to be a Proverbs 31 woman!” and “How to break up with someone without using the phrase: ‘The Lord told me to…'”

This book probably won’t be finished any time soon. That gives us time to think and write and bounce ideas back and forth, turning our own experience into some decent advice. This past year has been amazing as I’m reminded over and over again how amazing Cheshire is. Loving him has made me a significantly better person, loving other people better because of how he loves me. Kinda cool, huh?

I suppose I’ve ranted long enough, so I’ll leave you with some super cute pictures from our wedding a year ago, and some things I’ve learned after a year of marriage. 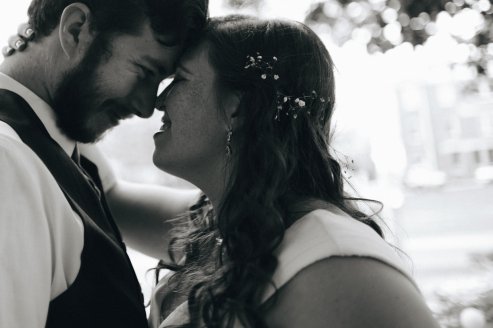 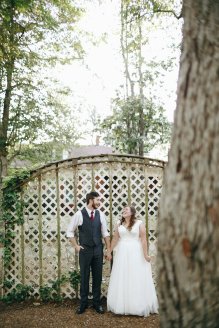 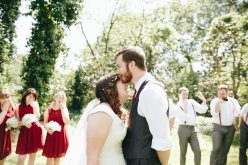 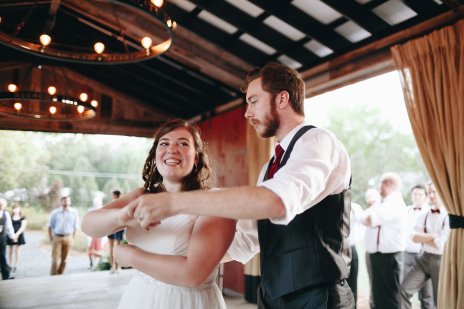 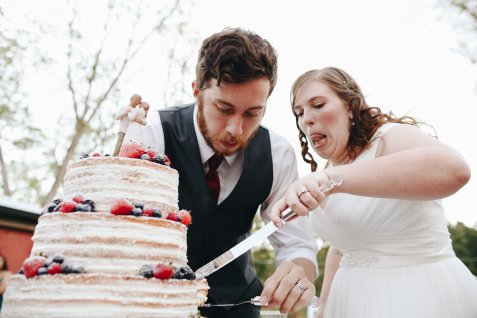 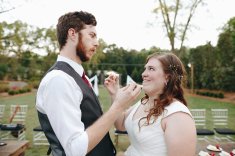 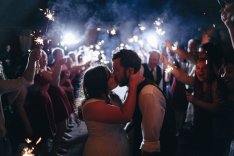 After a year of marriage, I’ve learned… 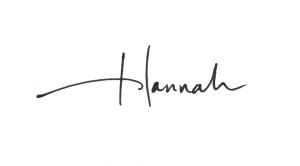 6 thoughts on “The Reinhard Chronicles: One Year Anniversary”