I’m obsessed with Puff Pastry. I made these crazy awesome Cranberry Brie Bites for Thanksgiving and then made them again for a group dinner with some co-workers. Everybody loved them, and even though I had doubled my batch, they had been demolished in an instant.

So it was clear, with my stash of puff pastry in my fridge, that I needed to make something else and combine it with fresh raspberries (which I had picked up because they looked so mouth watering!) I found this great recipe on pinterest that was some buzzfeed recipe thing, and tried it right away.

I’m not going to lie, I was worried since the list time I tried a buzzfeed recipe I turned, what was supposed to be soft pretzels, into a giant glob of goop. I mean, in the end, it worked out, but still….

SO. I used Pillsburry’s crescent sheet for the pastry, and whipped up the filling with cream cheese, sugar, and vanilla extract. I’d slowly been eating the raspberries in the fridge, so it was now or never.

PREPARATION
Preheat oven to 400°F.
Combine cream cheese, sugar, and vanilla extract until smooth.
Cut the pastry into 15 equal squares, and fold in to various shapes (diamond, flower, etc).
Place a dollop of filling in the center of each pastry and top with fruit.
Bake for 10-15 minutes or until light brown, then dust with powdered sugar.

Leaving a ½-centimeter border, make 8 total cuts along the edges of the square, with each cut going about ⅓ of the way through the length of the edge. Make sure the cuts do not touch. Take each edge flap and fold it toward the center, and press together with a dollop of filling. Top with fruit.

Taking one of the squares, fold one of the edges to the opposite edge. Leaving a ½-centimeter border, cut about ¾ of the way from the bottom of the triangle to the tip on both sides, making sure the cuts do not touch. Unfold the square. Taking the top flap, fold it toward the 2 cuts near the bottom. Take the bottom flap and fold it toward the top edge. Place a dollop of filling in the middle, then place fruit on top. 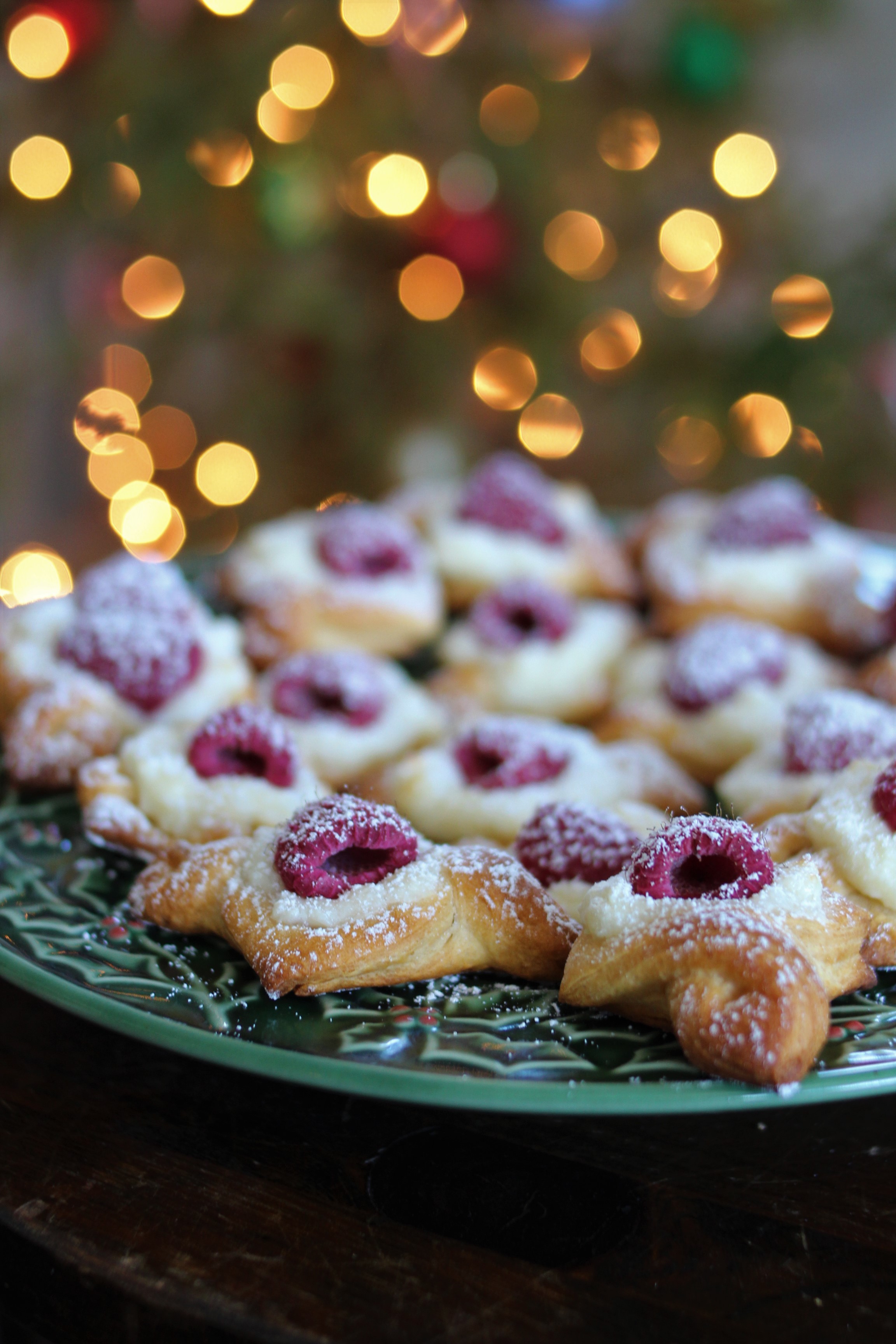